I came across this site today. It collects 152 appearances of cryptids in printed comics, and I wish I could read them all.  They range from specialized cryptozoology comics like Monster Hunters to mainstream comics like Hulk and the obvious ones like Scooby-Doo.  Tintin, the Powerpuff Girls, and Bart Simpson have all met cryptids. The specialized cryptid-focused comics are, I think, all gone at the moment. My favorite cryptozoology comic was Cryptid, which lasted one issue.  I still hope someone restarts it.

Good as it is, this collection could be bigger. Jonny Quest, Tarzan, the X-Files, Batman, Superman, and many other comics feature heroes encountering cryptids. Marvel's Sasquatch character pops up many times and was on the Canadian superhero team Alpha Flight, although he never got his own book.  (Marvel's Sasquatch and the one Batman meets [see image below] look almost identical, yet very little like any reported Sasquatch.  Black Panther and the X-Men (some of whom arguably are cryptids) met the yeti. Aquaman and the Sub-Mariner must be sick and tired of meeting sea monsters all the time. There also were horror/science fiction comics like Challengers of the Unknown.

Among comics that are less known today, there was an independent comic ("independent" usually meaning not DC, Marvel or maybe Dark Horse) called Teddy and the Yeti. Champion of the Pines was a ten-issue indie comic featuring the Jersey Devil. There was Gold Key's run of Voyage to the Bottom of the Sea and the indie The Battle of the Sea Titans, a project that produced a gorgeous 20-page preview and was never seen again. The comic book version of Beany and Cecil featured the world's nicest sea serpent, A special hat tip to comic artist Steve Bisssette, who offered free Swamp Thing art to support cyrptozoologist Loren Coleman a few years ago when Loren had surgery. (I'm sorry I overlooked it at the time.)

The team in Sea Devils (35 issues in the 1960s, and revived a few times between then and 2009) met sea monsters a lot (indeed, I'm not sure they had any other plots), and numerous war comics had someone meeting a monster, usually on a Pacific island.  Donald Duck met Nessie, and Dark Horse ran a 2012-2013 four-issue series of the uniquely titled Billy the Kid’s Old Timey Oddities and the Orm of Loch Ness. I'm going to find that one for myself.

I'm sure I'm missing a couple of hundred more examples, but much of the fun with comic books is digging up overlooked or forgotten gems. Keep looking! 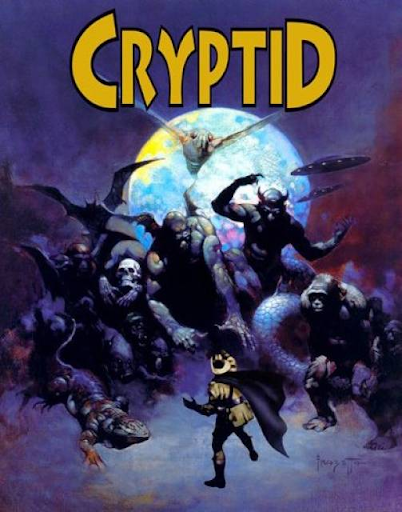 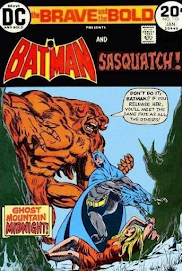 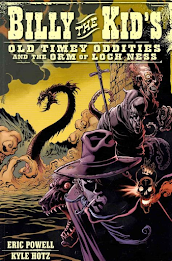 Cover art copyright belongs to the respective comics. Shown here as educational illustrations, not for profit: they will be removed if I'm notified of an objection.