Dr. Colin Groves, a mammologist/anthropologist/taxonomist who was notable for superb scholarship, wide-ranging interests, countless excellent publications, and an open mind, has died at 75.  Groves was Professor of Biological Anthropology at the Australian National University in Canberra, Australia, but he was much more than that.  He co-described a new human ancestor, Homo ergaster, and many living species to boot. He was active in Australia's skeptical society but was open to evidence of new species, including cryptozoological ones.  He wrote about everything from pigs to the Flores "hobbits."   (He argued this species was real and not the result of pathological specimens.)  In late 1999, Groves was part of a team that reported the African elephant was not one species, but two, promoting the small forest elephant to full species status. He corresponded with me several times and was helpful in my 2006 book Shadows of Existence.
Dr. Groves was a hero for the global environment, helping us understand and protect the animal kingdom.  He will be greatly missed. 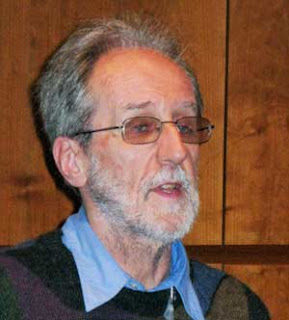 A fictional digression: Raven's Quest, by Matt and Deb Bille

Lark Ravenlord is an orphan living in the city of Haven, and the only woman ever allowed to tend the great ravens which give Haven a critical edge over the warlike tribes living nearby. The legacy of pre-nuclear war Army genetic experiments to create a smart "living UAV" for reconnaissance, the ravens can each carry a light man for up to four hours.  The honor of riding is reserved to an all-male elite class of warriors - one of whom, Glenn Windrider, is Lark's secret love and is clandestinely teaching her to ride. Neither of them can guess the epic events their decision will set in motion. When Glenn falls ill and Haven is attacked, Lark's courage is put to the test. Her actions to save the city - thus getting her exiled for stealing the great raven Kee-La - is only a precursor to the greatest test of all.  Lark is on her own in the vastness of the Winterland, surviving by grit and invention, until she discovers a  secret about an alien presence and an ancient weapon. She must decide whether to face death by returning to Haven to warn her people and lead a quest across lands no one has ever explored to deactivate a technology she cannot even understand.

in ebook formats - coming out in a few months in hard copy.  Join us for a great fantasy adventure suitable for YA, Christian, and adult readers, with a heroine who could hold her own with Katniss Everdeen and company.

A vision of Lark by the talented artist Amber Rae Sherman: 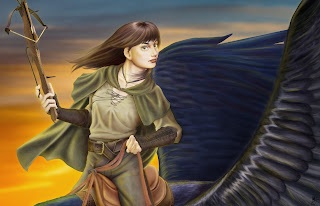 Posted by Matt Bille at 8:24 PM No comments:

Assume the asteroid misses, the K-Pg event never happens, and evolution nudges dinosaurs toward smarter and smarter forms, until their descendants have (for better or worse) human intelligence.  Writers of fiction and speculative paleontology assumed for a long time that this would produce an animal that looked like a reptilian version of ourselves, with bipedal locomotion, an atrophied tail, and so on.  This didn't seem too unreasonable back when we thought of dinosaurs and birds as very distinct lineages, with only the birds having feathers.

Most scientists find the whole idea silly.  The evolutionary pressures faced after a missed asteroid event would be very different from what mammals faced,  and evolutionary neurobiologist Lori Marino (who has made major discoveries about dolphin intelligence) speaks for many when she says, "The notion that some subset of dinosaurs would have evolved into human-like creatures is absurd." We don't know what would have happened: would technology, or intelligence itself, have enough survival value to drive such evolution?  (Paleontologist Brian Ward, quoted in a cool article by Brice Dorminey in Forbes entitled "Why Dinosaurs Would Never Have Built Spaceships," argued the oxygen levels 65MYA simply would not allow for a very large, oxygen-hungry brain to  appear,

"Dinosaurid" by John Sibbick for 1985 book Illustrated Encyclopedia of Dinosaurs by David Norman. Reduced here under nonprofit educational exemption to US Copyright.

But let's assume it did happen.  In this blog post for his always-excellent Tetrapod Zoology, paleozoologist Darren Naish reviews some of the more recent efforts to depict such creatures in documentaries, movies, and TV and finds them wanting. Dr. Naish is much more enamored of the idea the dinosaurs, some of which we know have evolved into very intelligent birds (crows and ravens), and many of which sported feathers, would have evolved a much more birdlike intelligent species: Indeed, Aviosapiens saurotheos (designed by Cevdet Kosemen and one of several such recent concepts) keeps the idea of a body mass similar to humans but looks a good bit like a chicken.

The image of social dino-birds bonding over a bucket of Kentucky Fried Primate is a bit unsettling, but it's fascinating to think about.  As to the spaceships specifically, here's a thought: We didn't build spaceships because we had to for survival.  While many spacecraft, like remote-sensing satellites, do a lot to make human life better, we didn't build spaceships for humans because we needed to/ We built them because we wanted to.  Would Aviosapiens have the exploring instinct?  Another one for the "we'll never know" pile.

2015
J. M. Bailey rounds out her Elusive trilogy in a very satisfying third act that leaves space for future sequels.  Our hero, Anna, and the Sas-kay she lives with must eventually collide with the human world, and they do, when Anna's troubled but beloved husband comes to find her and when Anna sees a chance to steal some human luxuries and makes the foolish presumption no one will chase her.  This trilogy is the best fiction I've read about contact with sasquatch and one human's effort to bridge a divide many centuries old.  The sasquatch, which are a variant of an ancient human race in this take, sometimes seem a little too "modern-human" in their thoughts, and they have a couple of abilities that no real primate does, but their emotions and superbly portrayed, and in these novels they work as a believable culture of hominids devoted to avoiding our own.  It will surprise no one that Anna ends up in a position where she has to choose the direction of her life,  and I won't spoil the suspense there.  What makes the choice difficult is that Anna herself has evolved from the profane and sometimes self-centered woman of the first book to someone who thinks about the welfare of others -  human and non-human.  Bailey is a sasquatch-hunter herself and an excellent writer, and she works in all kinds of detail about the natural world of the Pacific Northwest and where these creatures would fit into it. 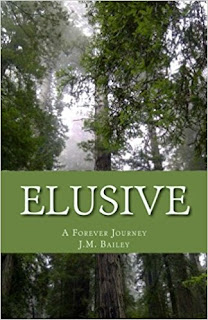 Lost species that never were

It's hard enough for scientists, with limited means, to find and keep current on the world's many thousands of vertebrate animal species. New ones are found every year. Others, sadly, go extinct, while others just lack recent observations, and may show up on the IUCN Red List of Threatened Species as "Data Deficient."
In some cases, the data may be deficient because the animal didn't exist.  This is a common concern with extinct species, described from a handful of fossil bone or even from footprints: one-third of dinosaurs may be mistakes.  But there are modern questions, too.
The mystery bear Vetularctos inopinatus, collected in Canada in 1864, was one of the more spectacular errors: the type specimen, it turned out, was just another grizzly. Africa's pygmy elephant seems to have been a mistake, and almost everyone has written off the pygmy gorilla (Gorilla mayema) as erroneous. De Loys' ape, a paradigm-shaking species (given that there are no confirmed New World apes) allegedly shot in Venezuela in 1920, was a flat-out hoax involving an unfortunate spider monkey.
The great (it's a law, writers have to describe him that way) John James Audubon described Washington's Eagle as a separate species, larger than the bald eagle. It's now generally thought to have been based on an unusually large bald eagle (it doesn't help that the type specimen, collected by the man himself in 1814, has disappeared).  So Falco washingtonii doesn't get a Red List spot at all. Audubon also described Townsend's finch, a bird never confirmed but still debated, and four other mystery species.   Cox's sandpiper, from Australia, is either elusive, extinct, or a hybrid of other species. The dusky seaside sparrow, famous for meeting its end in an enclosure at Disney World,  was real but apparently not a species: any creature downgraded to a subspecies just don't get the same respect.
There are others, as this article describes. Is the Liberian greenbul the world's rarest songbird, or a mistake based on an odd-colored specimen of the icterine greenbul? (The Red List classifies this bird, Phyllastrephus leucolepis as, you guessed it, Data Deficient.) The extinct Hunter Island penguin was, in a sense, always extinct, since it turns out not to have existed. The kouprey, Bos sauveli, the largest new land mammal of the 20th century, is listed by the IUCN as Critically Endangered but may be a mistake involving wild cattle with a characteristic appearance.
DNA analysis of type specimens is helping to sort out such creatures, but it's a slow process. It doesn't help when some type specimens go missing, or the animal is a possible hybrid. Taxonomy, even of the vertebrates, is not yet a finished domain of knowledge.

Thanks to Dr. Karl Shuker for posting the original article that got me thinking on this. 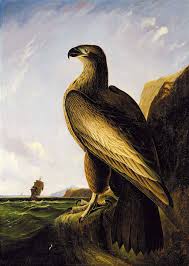 Audubon's painting of his great eagle

Not old enough to drink in the U.S., this young shark conservationist is Australian Geographic's  Young Conservationist of the Year.  Madison Stewart wasn't old enough to drive when she started her work, taking samples of fish at markets for species ID and mercury levels, lobbying against shark netting and shark culls, and generally using every avenue she could find to explain to people that sharks were an essential part of a healthy ocean ecosystem.  She is now living in Florida, and continuing her work on sharks and the safety and sustainability of fish caught for consumption. Her work is featured in a new documentary film, BLUE.
Posted by Matt Bille at 2:57 PM No comments: