Cetacean hybrid a bit mixed up

It's an animal produced by parents, not only of different species, but different genera, but Dr. Robin Baird cautions the popular word "wholfin" for a hybrid cetacean spotted in the Pacific is not accurate. The animal, a cross between a  melon-headed whale and a rough-toothed dolphin, is still a dolphin, because the "melon-headed whale" is also a dolphin, technically.  "Calling it something like a wholphin doesn't make any sense."  Also incorrect are articles calling this one animal (male, BTW), a new species: as Baird says, "There's no evidence to suggest it's leading toward anything like species formation."
This article says it's only the third confirmed hybrid between species in the family Delphinidae in the wild. That surprised me, but I looked up my own work on this, and it may be right, as I see this:

Robin Baird wrote in 1998 that a fetus recovered from the corpse of a Dall’s porpoise (Phocoenoides dalli) proved to have an unusual father: a harbor porpoise (Phocoena phocoena).   Baird found this particularly intriguing because there are several other reports of unusually pigmented cetaceans with the general size and form of Dall’s porpoises.  Although Dall’s porpoises are notably variable in their pigmentation, Baird suggests  some of these cases are due to ongoing hybridization with harbor porpoises. Another intergeneric hybrid, this one between the long-beaked dolphin (Delphinus capensis) and the dusky dolphin (Lagenorhynchus obscurus) was nabbed off Peru.
In 2001, an apparent hybrid between a dusky dolphin and a southern right whale dolphin, Lissodeplhis peronii, was photographed among a school of duskies.  This very unusual-looking animal was about seven feet long, larger than normal for a dusky.  It sported a solid black upper body and was completely white underneath, lacking the intermediate shades normally present on a dusky’s body.  On the other hand (or flipper), it had black pectoral fins, whereas the right whale dolphin’s are white, and it had a small triangular dorsal fin.  Right whale dolphins have no dorsal fin at all.
Finally, three odd-looking dolphins which washed up on an Irish beach in 1933 were identified by one expert as hybrids between the bottlenosed dolphin and Risso's dolphin.  While the match between these two species was proven viable by the incident from captivity described above, not all cetologists accept the hybrid interpretation in this case.

A few of the sources I used:

Coming up on the Conference on Small Satellites

I've been to several space-related conferences, but Smallsat (August 6-9 for the main conference this year) is my first and favorite, my home base. While it's grown about 10-fold over the last 20 years, this is still a conference with a unifying theme - all the experts in the world, practically, on smallsats, microsatellites, and nanosatellites are in one place to talk about one thing, and that one thing has changed the world. From being looked at as toys or test vehicles, smallsats are now blanketing the planet with new capabilities in imaging, communications, weather monitoring, etc., etc.  Since the introduction of the CubeSat, a standardized 10-cm cube that allows organizations and schools all over the world to have access to space at a launch cost as low as $100K, we are growing the biggest-ever generation of young minds with space experience.
This is the conference where you hear really amazing ideas, most of which are actually practical because smallsats have brought the cost and technology of space within reach and enabled affordable experimentation, including the ability to refly failed missions (try THAT with the Hubble Telescope). Because it's a single-track conference, everyone hears all the ideas, and the people at Utah State and its Space Dynamics Lab who put this on are amazing.
When I first went in the mid-90s, smallsats were a small pond.   For a few years there, I knew everyone in the business.  Little startup firms like the now-giant SpaceX and the now-absorbed Spectrum Astro showed up alongside the big outfits. This is still the place students and space nerds can go and ask questions of the best minds in the field, and where new ideas can be tested by presenting them to all those minds and seeing what feedback you get.
I'll be back this year after a lamentable absence, presenting innovative thinking on the tracking of whales and dolphins using small satellites. That's another nice thing about this meeting.  Not every idea has to be worth a billion dollars. Some just make people think "We didn't know about this problem," or "That's innovative, could we help?"
So I hope you all make it, and don't miss the presentation on "Microsats and Moby Dick" on Tuesday afternoon.  See you there. 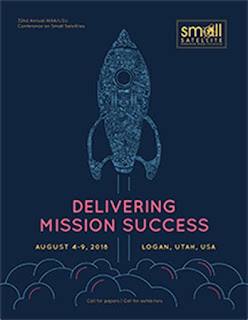 Posted by Matt Bille at 9:59 PM No comments:

A cool mini-doc on the placoderms

While we are on Placoderm Week (more fun than Shark Week!) here's a great episode from PBS' Eon series, exploring the development of life over, well, eons.  This interesting program posits that placoderm armor was not just for defense, but provided a reservoir for calcium the body needed by the cartilage skeleton couldn't store.  I'm not sure about this, given that sharks get along just fine without any bone, but it's an intriguing idea, and the whole show is very cool.
Posted by Matt Bille at 1:31 PM No comments:

My article on Dunkleosteus is out

Here it is, folks! I just received my first copy of the Prehistoric Times with my Dunkleosteus article in it. Somehow I made an editing mistake swapping out mentions of the upper and lower tail lobes in placoderms (embarrassing! the upper was almost certainly the larger) but Mike Fredericks and company did a great job of fitting all my text in along with thanks and sources. I tried to work in all the latest science on this fascinating, fearsome predator.

(Get your very own at www.prehistorictimes.com) 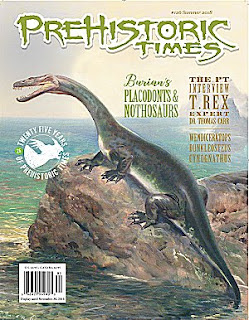 Eugenie Clark, the Shark Lady, was a pioneer, not only for women in marine biology, but in her many discoveries concerning sharks.  (she was, among other things, the first scientist to puncture the myth that all sharks need to keep swimming or they'll suffocate.)  Now Clark (who died a few years ago at 92) has her name on a shark, a new dogfish with a sleek silver body and startlingly large eyes.  I think the founder of the famous Mote Marine Laboratory would like that.
Posted by Matt Bille at 2:31 PM No comments:

A couple of blogs (Safina and Dino Toy: different but worthy!)

It's not true that this blog is so wonderful you don't need to read any others, especially since I'm not the best at posting frequent updates. But between the brilliant posts here, there are some other things to read.
For conservation, the Safina Center blog is one of the more authoritative spots ton which to alight. Dr. Carl Safina, author of Beyond Words, a book I absolutely loved, is one of the most important scientists on the planet when it comes to telling us all about the health of said planet.  (Read my review here.)
For something completely different... the Dinosaur Toy Blog is a unique resource for all of us who love dinosaurs and their representations in models, toys, etc.  It will bring out the kid in you even as it informs.  The authors keep up on the science and critique the newest offerings of dinosaurs, prehistoric mammals, birds, fish, invertebrates, etc. with an expert eye.
Enjoy!

NASA is putting more of its bets on small satellites as it tries to do as much science as possible while (this part is unspoken) navigating around the budgetary gravity wells of the Space Launch System and James Webb Space Telescope.  I'm not calling those programs bad ideas, but they are the financial centers of today's NASA universe: everything else has to fit around them.
Anyway, NASA leaders are betting that small satellites can be used for an increasing number of science missions and they can accept risk: a mission success rate of 85 percent is acceptable, whereas large missions simply can't fail.  NASA went down a bit of a similar path in the 1990s with the Faster-Better-Cheaper paradigm, with mixed results, but the technology of very small spacecraft has advanced by generations, and the philosophy is more different than it might appear.  Whereas FBC could be summed up as "take a conventional spacecraft and shrink it," the new paradigm is more about "what science can we do with technology that's already been shrunken?"

It's going to be an exciting future for the smallsats, microsats, and nanosats (many of them using the CubeSat technology that's revolutionized access to space), and it's not going to be a wave of interest this time: it's going to become part of the foundation of future space science and exploration.

See you at the Conference on Small Satellites! 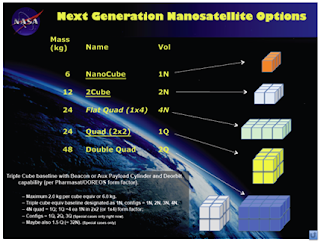 Book Review: Dinosaurs: How They Lived and Evolved

Dinosaurs: How They Lived and Evolved
Darren Naish and Paul Barrett
Smithsonian, 2016: 224pp.

Naish, a paleozoologist, and Barrett, a paleontologist, have given us an altogether splendid treatment of what, as of just a couple of years ago (this business changes fast, especially regarding feathers) we know about dinosaurs.  This isn’t a competitor to Steve Brussate’s 2018 The Rise and Fall of the Dinosaurs, with which it will often be compared: rather, these books are complementary.
Where Brusatte presented a highly readable story, beginning to end, Naish and Barrett dig (literally) into the meat and bones of dinosaur evolution.  Barrett’s book chronicles what happened, mixed with discovery stories and asides on the science: Naish and Barrett tell why and how it happened. Dinosaurs starts with an overview chapter, then goes into the complexities of the family trees, then chapters on anatomy and on biology, ecology, and behavior.  They provide a fascinating chapter on the origin of birds and how they survived and thrived up to the present day, showing what we know of Mesozoic-era birds and what features survived into the birds of today. Birds also offer clues we can trace back to look at dinosaurs:  those sluggish reptiles we saw in our childhood books can in part be blamed on an overreliance on modern reptiles as the models. These two scientists draw on both models, as appropriate, as they make clear how countless dinosaur features, from feathers to femurs, evolved and worked.
The book is sumptuously illustrated, drawing heavily for photos on the collection of the Natural History in London but including vivid artistic depictions.  Clear line drawings explain the anatomical features and how researchers have figured them out (or, in some cases, why they are still puzzling.)  Another valuable bit is the authors' ability to explain how we know so much from fossils, what kind of clues (like tooth wear demonstrating feeding habits) we can get through traditional and modern exam techniques.
American readers need not fear the British authors have slighted our favorite dinos: Triceratops and T. rex and the other North American denizens of the Mesozoic, especially the Cretaceous, get full treatment here. The authors close with a thorough examination of the extinction event and the aftermath.
The authors get just a little too dry in spots for this nonscientist dino aficionado, and the structure of the book lends itself to too many “we will look in detail at this later” statements.  These are quibbles, though.  If you hand this book and Brusatte’s to your favorite dino-lover, you’re not going to see that person again for a week.
Posted by Matt Bille at 9:12 AM No comments: