The Space Show and whale tracking

For those interested, I'm on tonight's live show at 7PM Pacific, 8 Mountain, and 10 Eastern talking about satellite tracking of whales. Calling in questions is encouraged! You can listen over the link or by phone (there’s no video feed of the guests) at

We use a software called OceanLens developed by Booz Allen Hamilton to of one humpback whale over 4 months. The data is from an experimental tag that shows the greatest depth reached between surfacing. The spreading pink object is the sound cloud radiated by a ship: 130 decibels right next to the ship, then spreading out and fading (this is at 2 KHz).  Data courtesy of Dr. Ari Leanander: the ship was not in the original data and was added in to show how the interactions between cetaceans and sound can be mapped.  I'm having some problems uploading it but will work on it.
(all material copyright 2018 Booz Allen Hamilton)

When horror met entomology (sort of) the result was pretty fun...

I grew up with the giant bugs of the 1950s, seeing those movies on Creature Feature  on my local station in the 70s.  "Creature Feature...fiendish films for Saturday night. Creature Feature!" went the ads.
Some of these movies were better, really, than they had any right to be.  Much credit goes to actors and directors who played everything straight, adding drama to the silliness.  Budgets and special effects varied widely (I forget the name of the one where “giant” grasshoppers walk across photos of buildings), and the cooperation of the military always helped, since seeing tiny models of tanks and planes turns off even kids.
If filmmakers were using giant versions of real bugs, they could do rear-projection effects, although it was pretty obvious back then what was happening, and sometimes they made partial practical-effects pieces like a claw, foot, or head.
The trend-setter, 1954’s Them! went to the trouble of building some giant ants that weren’t nearly as bad as they could have been.  It’s a decent movie in all respects, with the best idea being the little girl, lost in the desert, parents can’t be found, who reacts to the smell of formic acid by screaming “Them!”
The Deadly Mantis (1957) was another good one, although you had to accept a mantis the size of a B-52 “thawing out” and reviving in the Arctic and heading south, somehow hitting DC and New York on the way (it died in New York, something countless performers can say.)   The mantis first wipes out an Eskimo village, a weird twist inasmuch as a disappearing Arctic village is claimed by Forteans as something that actually happened.
Both movies (and most of their lesser imitators) had a handsome male scientist with a female daughter (Them!) or assistant (Mantis), although Them! gets props for having the daughter a scientist in her own right.  Them! wins on science, tossing in a few bits of real science on ants and radiation (indeed, one real scientist whose work was mentioned on screen threatened legal action, and the studio took the reference out) .
But both are fun – they still are.  Give them a look sometime. 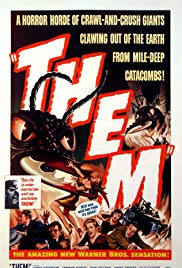 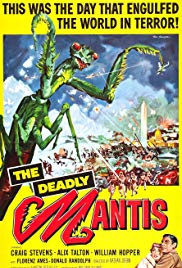 Posted by Matt Bille at 4:37 PM No comments:

Sleuthing Sharks in the Fishmonger's Stall

When I first started reading about sharks, back in the 70s, people talked about 300 species.  Then 350, then 400, and experts now make estimates of 440 all the way up to 470, with the usual allowances that some species may turn out to be variations of known species - and the reverse.
Where do you find new sharks?
Some are split out from studies of known species.
Occasionally scientists just get lucky, as when the most spectacular modern discovery, the megamouth shark, was caught in a parachute being used as a sea anchor by a Navy ship in 1976. (What is truly weird about that is that some 70 specimens have been caught of found stranded since: where was it until 1976? You can't mistake it for any other shark.  Hmmm.....  an excellent article from Scientific American is found here.)
Many turn up in fishermen's catches.  Some are spotted at sea by scientists with fishing fleets or fishermen themselves.

Megamouth shark (Megachasma pelagios.) This one was found off Florida, a continent away from the first discovery in the Pacific. (Florida Museum of Natural History)


Sorting through the catch fishing boats haul to docks and markets, though, is probably the most  effective technique.  After all, that's how the most famous fish discovery in history, the coelacanth, turned up in 1938.
This article from Smithsonian collects many other examples. Most stunning is that one David Ebert has named 42 species of sharks, rays, and chimeras.  Others have found more new species, species in ranges we didn't know they inhabited, and species unseen for many years. No one had seen a smoothtooth blacktip shark for over a century before Rima Jabado of the United Arab Emirates found one in 2009.

Humans, scientists and laypersons alike, are fascinated with sharks. Sometimes it's because sharks are beautiful and amazing: sometimes it's because people still believe all sharks are like the one in Jaws (despite the late Peter Benchley's spending the rest of his life on shark conservation).
Shark fishing is often an unsustainable business, or an illegal one, but a shark that's on display in a market is gone, and there's no point in not gleaning knowledge from it. Shark biologists agree on one thing: we haven't found them all.

If you want to see the most amazing photographs of these creatures and meet them closeup, Shark by photographer Brian Kerry  (National Geographic, 2017) is a stunning book. 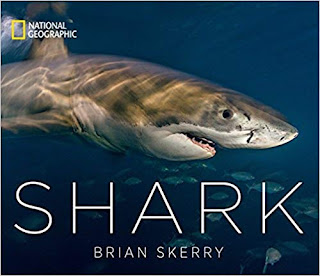 Other sources:
"Rediscovery and redescription of the smoothtooth blacktip shark, Carcharhinus leiodon (Carcharhinidae), from Kuwait, with notes on its possible conservation status"
Alec B. M. Moore, et. al.,
Marine and Freshwater Research 62(6) 528-539 https://doi.org/10.1071/MF10159

My older books show a website at www. mattwriter .com. This domain slipped past me somehow and now has red flags about virus warnings. DO NOT GO THERE.  Go to www.mattbille.com.