Seriously. In the 21st century, an Australian postdoc and her associates found the biggest bony fish in the world, a new species  (the fourth known) of the great ocean sunfish.
The sunfish is one of the strangest fish in the sea. Imagine a half-deflated circular blimp the size of a car.  It looks like a fish the Almighty got halfway through designing and then lost interest and just stuck the tailfins on.  It spends countless hours lying on its side, basking at the surface, slurping up jellyfish (and, unfortunately, plastic bags - thanks, humans) or diving to find them in deeper waters.. Its cartilage-underlayed-skin is so thick and hard it's difficult to harpoon one, so Pacific fishing cultures have generally left the animal alone.  The third species, still referred to simply as Mola Species C, was only found in 2009, by the way.
DNA collections from sunfish stranded, caught, or tagged indicated there were most likely four species of the fish (the signature one being Mola mola), but only three had ever been described. Maryanne, Nyegaard confirmed this oddity while examining known DNA records for the PhD dissertation. Once she'd determined there was a missing sunfish, she set about roaming beaches and museums to confirm a specimen. She kept it up for three years.  Fishermen sent her photos and DNA of an odd-looking sunfish they had caught, and then four such fish stranded in New Zealand, and Nyegaard was ready to write her name in scientific history along with the enigmatic Mola tecta. (She found other specimens in museum collections, where scientists had logged them in without noticing their oddities.) Sunfish are known for surpassing a metric ton in weight, but M. tecta is at the top of the scale, and appears to have the largest average size of any species. The longest specimen identified was 2.42 meters (just short of eight feet).  It lacks a protruding snout and a bumpy region on the back that other sunfish species develop as adults.
So welcome to the biggest bony fish in the world, a monster harmless to humans but startling in size and appearance, and outweighed among fishes only by the largest of sharks. It's about time you showed up.

Posted by Matt Bille at 4:59 PM No comments:

Yes, it's only July, but these folks always publish their Top 10 list for the year early (to beat the holiday rush, or something?)
The ESF Top 10 list from the International Institute for Species Exploration has something for everyone. There's a spiny ant - and we mean really spiny - christened Pheiodole drogon - yes, for Drogon, the black dragon in Game of Thrones, because the creature's well-defended back looked like the dragon's to the scientist involved. We have a spider with a body shaped like the Hogwarts sorting hat - so here is Eriovixia gryffindori. There's a new katydid with an astonishing resemblance to a leaf. The Sulawesi root rat Gracilimus radix is unique among its kind for enjoying veggies in addition to meat. (Maybe this was the species that showed up in Ratatouille.)  A California millipede adapted for an all-liquid diet (I don't want to know what liquids) made the list, which celebrates scientific importance of the species selected rather than size or mass appeal. Potamotrygon rex is a ray from Brazil sporting spectacular yellow or orange sport stretching well over a meter in length and weighing up to 20 kg. Southeast Asia contributes a big (20 cm), poisonous (of course) centipede (as Odgen Nash said, "a bug we do not really need") with amazing swimming and diving abilities: it can walk on the bottom, using stored oxygen.  The bush tomato is a spiky little Australian fruit whose name was chosen with input from 150 7-th grade students in Pennsylvania. An orchid from Columbia sports reproductive parts looking like the head of the traditional devil. And Xenoturbella churro is a deep-dwelling marine worm that, to someone who is a very sloppy cook, looks sort of / kind of / approximately like a churro.
Bigfoot,is seems, has escaped for another year, but the list is important as a reminder of how many species we have yet to find, and how badly we need to protect them.  Several are already in danger.
Posted by Matt Bille at 7:53 PM 1 comment:

Climate Change: Realism is Important - in both directions

By that I mean there is that ignoring climate change is unrealistic, but stating the extreme worst cases as fact damages the efforts at education and boosts the chance people will ignore the topic, either because the exaggerations cast aspersions on all the scientific claims or because people may say "oh well, we're doomed."  A recent New Yorker article proclaiming we're all going to die sparked a series of scientific points and counterpoints, all nicely summarized in this blog post by Tabitha Powledge.
Posted by Matt Bille at 7:21 PM 1 comment:

A salute to Joe Howlett

A hero for the planet.

"He prayeth well, who loveth well
Both man and bird and beast.

He prayeth best, who loveth best
All things both great and small;
For the dear God who loveth us
He made and loveth all. "
-Coleridge 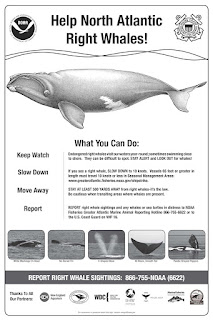 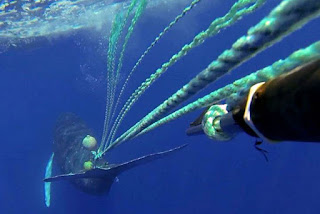 Posted by Matt Bille at 9:29 PM No comments:

The fuss being made online and on the Un-History Channel is over one newly discovered photo.  It shows a woman, her back to the camera, and a man who resembles her navigator Fred Noonan.  While the man looks like Noonan, and short-haired women wearing pants were a bit unusual, we don't even know the date of the photo.  This atoll in the Marshall Islands was unreachable with the fuel Earhart had, and the people in the photo are not under arrest or confinement....  Just not impressed. Too many questions are raised, and none have good answers.

UPDATE: It appears the photo is dated 1935, which confirms it's a mistake to link it to Earhart. . 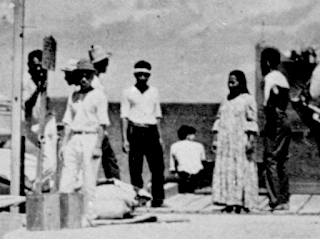 Posted by Matt Bille at 8:36 PM No comments:

The blue-winged Amazon parrot, found on the Yucatan peninsula in 2014, reportedly "sounds more like a hawk than a parrot."  It was spotted by a veterinarian who noted both appearance and call were different than those of known parrots. The species was immediately listed as Critically Endangered by the IUCN: we don't know how many there are, but it's rare, and its habitat is under constant pressure. Poachers roam the area, too (although the exact spot of the discovery is being concealed.)   But this discovery is still good news: the first step in conservation is to know that a species exists to be conserved.
Posted by Matt Bille at 8:21 PM No comments: