Pick a Peck of Paleontology Postings

There's a lot going on in the world of long-dead animals.
There doesn't seem to be an end in finding prehistoric species.  We know, logically, that a limited numbers of species have lived on Earth, but we clearly haven't found them all yet, and they just keep coming.
The last few years have given us the biggest bear (we think) that ever lived, Arctotherium angustiden, the biggest snake (the 12-13m Titanoboa), , and the biggest crocodile, Crocodylus thorbjarnarsoni, along with the ancestor of today's sperm whale, who by the way was even more formidable than the modern type.
Then in just the last week we added two discoveries. Scientists exploring the Peruvian area of the Amazon basin found seven species of crocodiles, including three new species, dating back 13 million years (2.5 million years older then the Amazon itself). There have never been as many species of croc living in the same habitat at the same time.  This find dwarfs modern diversity (we don't have more than three crocs in the same area today) and introduced three new animals, including a weird-looking clam hunter with rounded teeth and the snout of a shovel.  As paleontologist Rodolfo Salas-Gismondi put it, "We uncovered this special moment in time when the ancient mega-wetland ecosystem reached its peak in size and complexity, just before its demise and the start of the modern Amazon River system." Wow. Cool.
In the second item passed onto me by my friend Kris Winkler this week, paleontologists are exploring, with exquisite care, a specimen never seen before: a frozen baby woolly rhinoceros. Hunters who found "Sasha" took her for a recent reindeer carcass until they saw the horn. She is estimated at 10,000 years old, and scientists hope she yields high-quality DNA (not to make new rhinos - that is still beyond us - but to sequence the animal's genome and learn far more about it than we know today).   The animal was a contemporary of the famous mammoth, but there's some debate over its appearance.  Not anymore.
Exploration goes in every direction - across time, across space, across the frontiers of the mind. We are privileged to live in  a time with more tools for exploration than any society before us.  We shouldn't waste the opportunity. 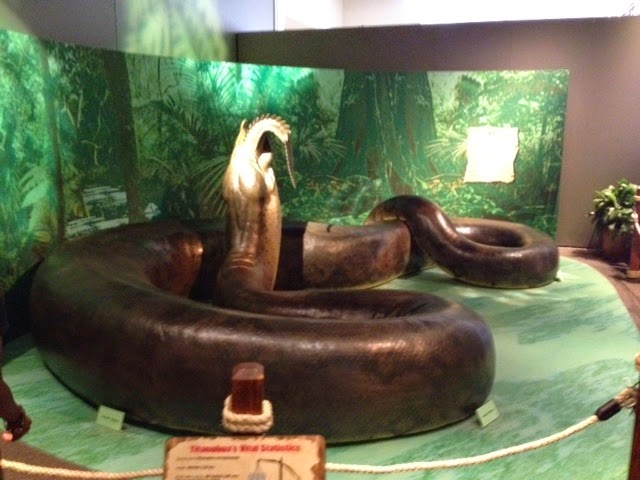 Goodbye to a hero of science

You can say"heroine" if you want, but I like Sigourney Weaver's argument that a "heroine" is someone who needs rescuing, while the hero is a person who does the rescuing.  Dr. Eugenie Clark tried to rescue the entire ocean system of the planet Earth. The "Shark Lady" was a pioneer of marine biology and exploration, a pathfinder expanding women's role in science, a tireless advocate for conservation, and the woman who brought sharks out of the shadows and showed us how complex and fascinating these "mindless killers" really are.
Clark was born in 1922, of mixed American and Japanese parents.  She grew up in a time when it was hard to be a woman with professional ambitions and even harder to be half-Japanese.  Still, she had a fascination with marine life early on, and her hero was the conservationist and bathyscaphe explorer William Beebe.  By 1950 she was a Ph.D. in marine biology. She had already done her early field work in the South Pacific, where she learned what an important resource local fishermen could be, and at the famed Scripps Institute and the American Museum of Natural History.
That was only the beginning for Dr. Clark.  She published breakthrough work on sharks in professional journals as well as books for popular audiences (I still have an ancient copy of her first, Lady with a Spear),  She was founder and  director of the Cape Haze Marine Laboratory (now the Mote Marine Laboratory)  for shark studies. She took Peter Benchley diving after he published Jaws and helped persuade him to do conservation work to help offset the damage the novel and film have done to sharks. She won an Emmy for her underwater films, cruised with Jacques Cousteau on the Calypso, and taught marine biology at the University of Maryland from 1968 to 1992.  She won countless accolades for her nonstop work on sharks, marine life in general, education, and conservation. Her endless curiosity led to her down such avenues as marine paleontology, riding a 50-foot whale shark, and becoming a founding board member of the International Society of Cryptozoology. 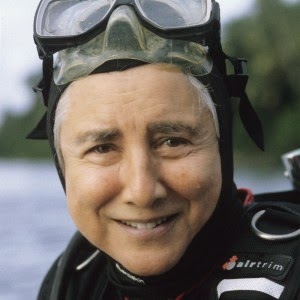 Mars has gotten our attention from the ancient days, when it was Ares, the God of War, to the latest probes by rovers and orbiting spacecraft.  While nowhere near Earth's size, it's the only planet in the solar system that might harbor life similar to Earth life.  Therein lies the fascination.
We know the planet has no canals (remember, the search for"canals" on Mars arose from a misinterpretation of the word "canali," applied by Italian astronomer Giovanni Schiaparelli in 1877 to  straight lines that, well, don't exist either).  The human eye and the telescopes of the 1800s had limitations, one of which was a tendency to make separated features look like they were making a straight line.
Ever since the Mars Reconnaissance Orbiter spotted slopes and "beds"  that looked like they were made by flowing water, we've been looking for more evidence.  These formations might have contributed to the "canali" appearance, but one Mars scientist, American William Hartmann, had already suggested another explanation: the apparent lines, or segments of them, were plumes of dust blowing off peaks in Martian windstorms.  Because of Mars' thin atmosphere, the plumes were highly visible and the dust blew a long ways. That made sense, and some such plumes have been spotted by the Hubble and other instruments, but they don't really explain what what we're seeing right now.
Amateur astronomers in 2012 were the first to spot two plumes, streaming out hundreds of kilometers long and wide and rising 250 km high.  They may be dust or ice, but either way they shouldn't rise so high in the thin atmosphere and low gravity of Mars before becoming so spread out they are invisible.
I'm not going to try to offer a solution here: it's way out of my depth.  But the point to be made is that this is our closest, most studied, and most Earthlike planetary neighbor, and we still don't thoroughly understand it.  We don't know for sure whether it had flowing water, although most planetary scientists think it did in the distant past. We don't know whether there are still occasional surface water flows. We don't know if it's sterile, if it used to harbor life, or if it harbors life now.
The only way to solve all the mysteries of Mars is to go there. NASA these days talks a good game, and their Orion capsule and Space Launch System may be useful pieces of a Mars expedition, but we're not really doing significant work on long-term habitats for humans or on landers that could carry astronauts.  In other words, they're dreaming about a landing in the next two decades, unless they want to start or at least plan real work on the missing pieces.
Still, someone, someday, will go.  I volunteer. 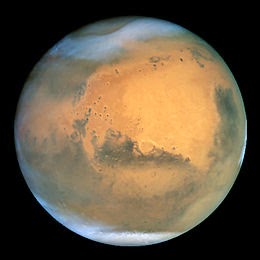 The frilled shark isn't the biggest of sharks. It has a clean record where maneating is concerned.  So why are its rare appearances greeted with such freaked-out responses from humans?
Basically, the 2m frilled shark, like the goblin shark (which looks nothing like it, but engenders similar responses and may by 5m long, to boot) don't fit our picture of what a shark looks like. The frilled shark instead fits our picture (inaccurate though it may be) of what a prehistoric monster looks like.  With a gill "frill" extending around the body, an elongated shape, and a relatively blunt head with 300 teeth, it doesn't look like a medium-sized, harmless animal, even though it is one.  It simply looks weird, and we go crazy over it (hint to SyFy Channel: an 8m frilled shark would make a great centerpiece for a horror movie.)
Oddly, the head and even the teeth of the frilled shark bear an interesting resemblance to those of the leopard seal. This fierce Antarctic predator (with at least one definite human death to its credit) can be 3m long and has no business looking like a shark. But that's convergent evolution for you.

Posted by Matt Bille at 7:21 AM No comments:

Hail Columbia: A Last Note on NASA's Day of Remembrance

Recollections... Waking on a clear weekend morning here in Colorado, casually logging on to check my Email, seeing the banner, "NASA Loses Contact With Columbia." Turning on CNN. Watching more CNN. Explaining it to my daughter, then 11. Wondering how it had happened, what it would mean.

The technical answers have long since been settled. The human answers, as always, were not as simple. They drift out in fragments over the course of history, debated, challenged, finally settling but never quite settled.
Worth it? Of course it was not, in a logical sense, worth losing seven people for a science mission whose returns would not have been of great importance. Death, as Ulysses Grant once said of war, "is cruelty and you cannot refine it." Nor can you romanticize it. Nor, when there gross errors in judgment made, can you excuse it.
I submit, however, that any calculation about the worthiness of the voyage is incomplete, nay, unfair, unless it takes into account the desires and motivations of the voyagers. The seven people on Columbia did not just accept the risk of venturing, in a craft built by fallible humans, into the most hostile realm we know. They sought the risk. They spent years training, competing, and demanding the right to take the risk.
Whatever judgments we might make on the costs vs. the returns of their efforts as explorers, the explorers themselves had no doubts. Every one of them was a bright, accomplished, highly educated human being. Not one was foolish enough to think there was no risk. Not one hesitated.
Indeed, they did everything they possibly could to qualify themselves to stand out among their peers and earn the chance to risk their lives in a cause they deemed worthy.
By that standard alone, they were the best our species had to offer. They were sent forth into the last unknown ocean, explorers in an age when most people in their society place high value on safety, comfort, and surety.
Godspeed, Columbia.