A number of interesting things have been happening the world of microsatellite.

First, Skybox Imaging, which built its first two 100-kg imaging satellites (which offer stills and video) , will contract the next 13 to Space Systems/Loral.  It's interesting because SS/L has never built microsats. Will they bring in fresh ideas? Or will they try to build them the way they do large satellites (which will not end well)? Stay tuned!

Then Northrop Grumman delivered its modular MSV microsat bus to the government.  What they don't say in their press release is that the mission has no approved payload, budget, or launch date... nothing against the smart folks t NG, I am sure they delivered quality, but with existing budgets and plans, what they delivered is a high-tech coffee table.
Posted by Matt Bille at 12:14 PM No comments:

Would you like to be an antechinus?  They are cute little creatures.

OK, you're not cool with being a mouselike Australian marsupial.  We now know there are 13 species, with two more descriptions on the way. Some of those species are threatened.

The discoverer of the newest species says, that Australia has 360 known mammal species and adds, "A further two dozen species have become extinct since European settlement but there are likely many other species waiting to be discovered - while the majority may be out in the bush, some could be within close reach.''

And while antechinus males don't live long, they go out in a blaze of - well, something. The males of most species go into a frenzy where they do nothing except mate and battle other males over mating.  And I mean, they do NOTHING else.  They don't sleep, they don't eat, they don't groom.  They essentially have sex and get into fights until a rival kills them or they simply drop dead, exhausted.

There's a lesson in that.  I think.

Posted by Matt Bille at 5:04 PM No comments:

The most magnificent fish in the oceans is, bar none, the whale shark.  Only the sperm whale and the largest of the rorquals are bigger.  They can exceed 15m in length, and claims over 20m have been made.  They are global in distribution, and we're still learning about their migration and reproductive habits.  They are protected on CITES Appendix II, and many nations have taken action to establish protected areas, ban trade in their fins, and otherwise try to keep the whale shark off Appendix I.

China, however,  has not gotten the memo, and doesn't seem to want to.  While Chinese authorities state that illegal fishing of whale sharks can bring a jail sentence, this factory seems to operate with impunity.  I don't know what the answer is, but there has to be one, and publicizing this crime is Step 1.
Whale sharks are harmless filter-feeders (image NMFS) 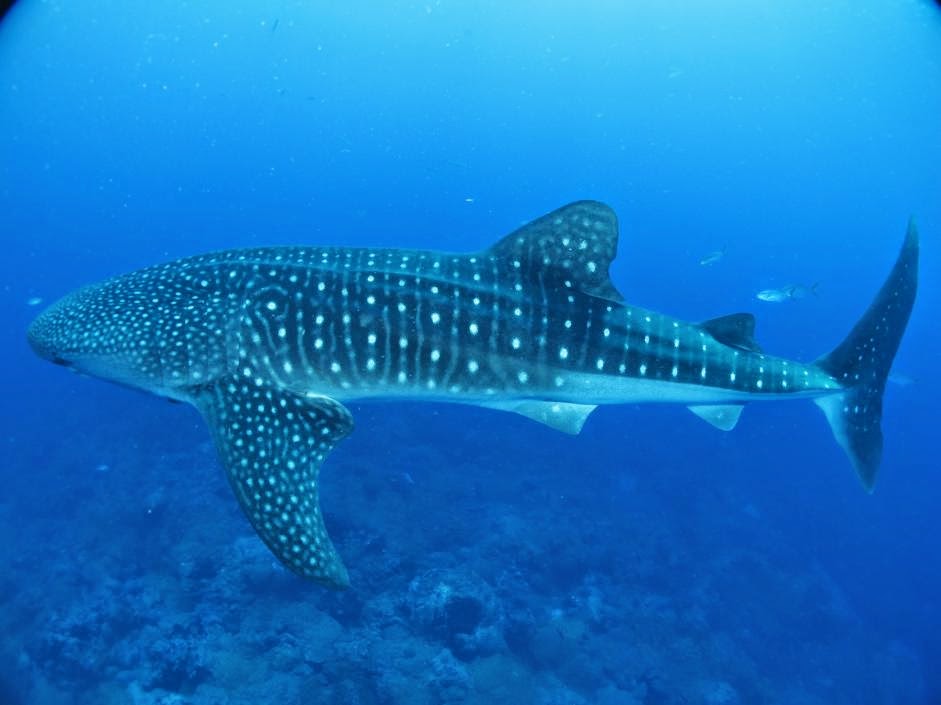 Fusion energy is the ultimate solution for the Earth's energy problems - if we can make it work. We still can't, but a major step forward was announced. Scientists at the National Ignition Facility have gotten more energy out of the fuel in their experiment than they put in.  We're still a long way from a commercial machine, but this event caused some jubilation among physicists, not normally thought of as party animals.
I'm hardly a physicist, and I don't know how close we are to fusion. But as long as we are making progress, it's worth the investment.
Unproven claims from certain people selling something called the e-Cat (never tested without its inventor present) notwithstanding, this is the path to the future.
Posted by Matt Bille at 6:34 PM No comments:

Where have all the Nessies gone?

The Loch Ness monster, whatever you think he/she/they/it may be, has been a pretty consistent sight in its home lake for the past 80 years.  Gary Campbell, a local enthusiast who keeps a register, says no one has seen Nessie in 18 months. William Hill, the bookmaking firm that offers a cash prize for best Nessie sighting of the year, records three claims, but all were dismissed as easily explained.
Nessie sightings before the 1930s were separated by many years, and some items put into this category were irrelevant (e.g., St. Columba's supposed dismissal of a monster in the River Ness), while others were poorly supported or fraudulent.  Still, there have been over a thousand sightings by Campbell's records, most recently in 2012. Campbell hopes 2014 will be a better year.  In other news, American television loon Charlie Sheen says he's going to look for himself.
Good luck, Charlie. I've given up believing there's a large unknown creature in the Loch, but given Sheen's well-publicized  pharmaceutical habits, he might see one anyway.

ADDED: Dick Raynor, a highly competent investigator,  sent along a reminder that he regularly posts Nessie news here.
Posted by Matt Bille at 3:46 PM No comments:

Sharon Hill's Doubtful News here dismantles the absurd claims that cranial deformation in South American skulls indicates some are nonhuman, or only partly human.  All we have are claims to the press and YouTube videos that the DNA is unusual - without the kind of details a real scientist would provide so others can check the work.  Dr. Melba Ketchum is one of the "geneticists" involved, which makes me automatically consign the thing to the trash heap, but one of the commenters on Hall's blog, a person with the screen name Spookyparadigm, actually gives the most important information by pointing out that real science has already given us our answers. He or she provided the following links:

Diseases of the Skull in Pre-Columbian South American Mummies
http://journals.lww.com/neurosurgery/Abstract/1998/05000/Diseases_of_the_Skull_in_Pre_Columbian_South.114.aspx

Effects of different kinds of cranial deformation on the incidence of wormian bones
http://onlinelibrary.wiley.com/doi/10.1002/ajpa.10304/abstract;jsessionid=48B1AFB06CE805CDA5C244F5354C2961.f03t03?deniedAccessCustomisedMessage=&userIsAuthenticated=false

Others point out that the specimens in question are apparently only shared with Ketchum and other believers, not with independent scientists -and that the specimens may have been exported from Peru illegally after being uncovered by tomb robbers, not scientists.
Posted by Matt Bille at 11:26 AM No comments:

A whale of a new species

When I was researching my book Shadows of Existence, Dr. Merel Dalebout told me she thought there were still new species of beaked whales to be discovered.

According to the paper she just co-wrote for Marine Mammal Science, she was right.

OK, the first specimen of this new whale was found in 1963 and misidentified as a known type. OK, it's a cryptic species: we didn't miss it because no one saw it: we missed it because it looked like another species (several other species, in fact).
BUT STILL: It's a new freaking WHALE.

Welcome to the genus, Mesoplodon hotaula!
Posted by Matt Bille at 5:09 PM 1 comment:

The first American step into the Space Age

Eighty-four days. That's all it took from the time General Bruce Medaris and Dr. Wernher von Braun got the go-ahead to launch a satellite in the wake of Sputnik 1 and the failure of our own Vanguard TV-3 to the launch of Explorer 1.  That launch took place 56 years ago yesterday.

For the insider story, read a book that, while not flawless (we tried hard for flawless, but didn't quite get there), was the first ever to trace the three-legged Vanguard-Sputnik-Explorer race - and the first to discuss the fourth competitor, NOTSNIK, aka Project Pilot.

Erika Lishock and I talked to all the leaders of the U.S. programs we could locate. Most helpful were James Van Allen, JPL head Bill Pickering, Ernst Stuhlinger of the von Braun team, and Milt Rosen, Technical Director of Project Vanguard.  (All are gone now except Rosen: I talked last week to Pete Wilhelm of the Naval Research Laboratory, who told me Milt is still alive but no longer seeing people.)

So check out The First Space Race! 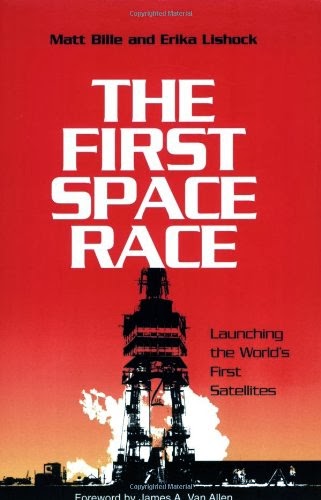 Posted by Matt Bille at 9:40 AM No comments: